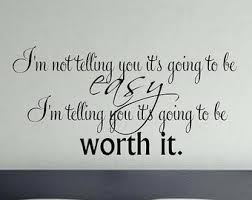 “The Five Heartbeats” is one of my most favorite movies. It ranks right up there with “Grease,” the first one of course, and my love for the many seasons of my beloved “Golden Girls” (which isn’t a movie, I know). But as I have been mulling over some thoughts that I would pen for my next blog, I am reminded of a poignant statement that Donald “Duck” Matthews made from a scene in “The Five Heartbeats.” Near the end of the movie, the group is at a music awards banquet being recognized for the success of earning a gold album. What was supposed to be the highlight of the night, consequently, turned out to be a very disappointing blow for the entire group. So when it is Duck’s turn to make his acceptance speech, he began, “You know…when I got this, I thought I would feel on top of the world…Today, I just feel.” He then recalled and quoted a statement that a music critic once spoke about him while at a party. The music critic stated that “Donald Matthews will be a great writer one day when he suffers more.” Standing squarely at the podium, Duck then stated “And I said to myself, what does that mean? But now, I know what that means.” You see, Duck Matthews had recently learned that the woman that he was engaged to marry had been having an affair with his brother, J.T., also one of the band members. Still on stage, in front of an entire audience, Duck said that he wanted to thank his fiancé and his brother for helping him to understand what that music critic meant about being greater when he had suffered more. He further went on to describe his brother as the same selfish [expletive] that he had known ever since they were kids! Duck was hurt; he was crushed; he was broken.

This particular line, “Donald Matthews will be a great writer one day when he suffers more” reminds me of the pain we often experience, when in our own lives, God has (perhaps) had to break our will regarding our own plans or simply by His omnipotent design which ultimately works for our good. That place is painful. It is agonizing. Heck, it is even downright tiring and laborious “trying” to convince God that maybe you just might know what He is up to in your life! Funny, right?! So, in your haste to “hurry” Him along in His efforts, you find yourself back at the point where you first began – repeating tests and discovering ugly truths about yourself in the process. A.W. Tozer, who is known for his wisdom and insight regarding the pursuit of and attributes of God said, (paraphrased) “It is very unlikely that God can use you greatly until he has broken you deeply.” It is often in this broken place where the core of who you are is examined. Sometimes that process is to magnify a deficiency or even deficiencies that you have implemented as a defense mechanism to protect yourself from further harm or hurt from others or life in general. What do you mean by “defense mechanisms, Keshia?” Defense mechanisms can look like different things. Fear, unforgiveness, distrust, combativeness, limited capacity to love or receive love, or even rebellion are just a few examples. The thing is though, these defense mechanisms usually block both the good and the bad out. And the very thing that you erect to protect you is the same thing that is used to prevent the healing from taking place in your life. Please know that it is a trick, and the audience of one is you! And don’t mistake me here. I’m not saying that God is pointing His finger at you and shaking His head in disappointment at these known “defense mechanisms” because God will never condemn! In fact, if you have ever felt that way before, please know that is not the spirit of our loving Father! But what I was able to conclude during these times was that I had been using ungodly defense mechanisms of fear, unforgiveness, and distrust to protect my vulnerabilities, when in actuality, they could never really protect me – not the real me, anyway. What I was really saying to God was that while I trusted Jesus for my salvation, I really didn’t trust Him in some other critical areas though. Imagine that!

It was during my times of brokenness that I learned what it meant to allow the potter (God) to mold the clay (me) into something that seemed pleasing in His sight… to be made In His Image! And I am yet trusting that any nicks, bruises, or shallow cuts He may find in this vessel of mine presently is but an arm’s reach from His repair. My confidence is in knowing that as long as I am in the potter’s hand, all is well. To know that He is working everything after the counsel of His own will for me assures me of this very truth! How awesome is that?!

If you would only dare draw lessons from the wounds of your yesterday and allow your personal process to serve its purpose, I think you will agree with the same words of that movie critic to Donald “Duck” Matthews. Exchange your will for His and trust His way. Besides, there is no REAL power in your own “will” power anyway :-). I submit to you that you haven’t given your best presentation to date. You have not penned the best lyrics to your song, nor have you authored your best-selling memoir. You have yet to dance your best routine or have given your best musical performance. You have not come close to standing before your greatest audience nor have you planned the most elaborate details for your biggest client yet. You haven’t forgiven like you will forgive, nor have you loved like you will love…just yet. Nope, your biggest testimony is still pending because the best is yet to come!

Until next time, I am reminded that I am just simply Godzgurl, Made in His Image, and Living Life His Way!